SEMA’s Battle of the Builders competition has become a premier platform for builders to showcase their work and ultimately compete for the top honor. This year started with 250 builds, broken down into 4 categories, that led to 1 winner: Robert Matranga in the Hot Rod class with his 1955 Chevy “Brute Force”.

“Every part of ‘Brute Force’ has been scratch-built or heavily modified to reward viewers with a seemingly infinite number of details.”

The modifications to this Hot Rod are subtle but powerful: There is a mild 3/4 inch chop, the wheel openings have been resized, the flush-mounted window trim was hand made and the custom hand formed bumpers round out the restyle. Nestled under the hood is a twin-turbo 540 Merlin capable of putting out 850 HP.

The 2021 finalists from each category: 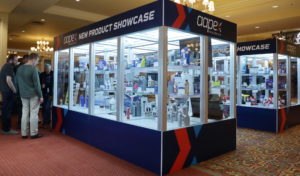