Pat Musi Racing Engines has been providing unparalleled power and performance for the track and the street since 1970.

It started as Pat’s Speed Shop, a small shop behind his father’s business, right out of high school in 1970. It has since turned into much more for Pat Musi, as he commemorates a landmark achievement in 2020.

The legendary engine builder and owner of Pat Musi Racing Engines celebrates his 50th year in business in 2020, a journey that’s taken him from running a small speed shop in Carteret, NJ, to becoming one of the most successful engine builders in the sport.

“It’s exciting to see everything you’ve worked for come together, we’ve proven ourselves over the years, and we’ve won a lot of championships and had a lot of success. It’s been pretty cool.”

That success will be recognized during a special open house later this year at his facility in Mooresville, NC, an event that will also officially launch the Edelbrock Race Center, an exciting endeavor with one of Musi’s longtime partners. The open house is scheduled for Saturday, November 14, and will feature a number of special guests. More details will be released as the event approaches.

Musi continues to forge forward with new innovations and ideas, but the special anniversary also gives him a chance to look back at how far things have progressed over the past five decades.

Musi was self-taught and as the speed shop got progressively bigger, he also got a chance to compete against his idols.

“Where it is today, I would have never imagined it, I started driving when I was 20-21 years old and the guys I read about – Bill Jenkins, Ronnie Sox, Bob Glidden, Lee Shepherd – I immediately got involved match racing them. It was a cool deal to be able to race those guys and outrun them sometimes. I had the work ethic to do well and I was willing to put in the time.”

That’s been apparent, as Musi’s work ethic has brought nearly unmatched success for himself and his lengthy list of customers. He’s won championships and enjoyed victories in a variety of classes, while his customers have also won championships in a number of series and classes. They’ve all appreciated an attention to detail, plus his willingness to listen, try something new and never stop working.

“We’ve got a great base of customers that are dedicated, good customers, and we all learn from each other, we’re able to get information from a whole slew of cars, and I will always get back to somebody. You have to take the time for your customers or you’re going to lose that attachment you have with people. We have that here and that’s been really important.”

It’s helped make Musi stand out, but his engines – and track record of success – do plenty of the talking as well. Since moving to his current facility in the racing hub of Mooresville, his business has also prospered exponentially.

He’s built valuable partnerships with the likes of Edelbrock and Lucas Oil and the alliances have helped take his business to another level. Over the last two years, Musi and Edelbrock have partnered on exciting products including cylinder heads, manifolds and an expansion upon a long-standing crate engine partnership.

“Vic (Edelbrock) took me under his wing and taught me a lot about business. I still carry his ethics and what he said to me, that’s been a great relationship and to keep those types of partnerships this long, it says a lot.”

Musi has no plans of slowing down, either, even as he celebrates his 50th anniversary in business. His family has thrived in the sport and it’s all seemed to energize Musi, who is as hungry as ever for success.

“It’s been really cool to see all this come together, my wife and daughters have been at my side since we started, and hopefully we can keep this rolling. I feel great and we’ve got a lot of suppliers excited about this open house. We’re just going to keep moving forward.”

Based in Mooresville, North Carolina, Pat Musi Racing Engines is a one-stop shop for sportsman engines with a Pro Mod pedigree. Pat Musi Racing Engines controls every component of the engine, from in-house manifolds to custom cylinder heads. Pat Musi has been at the forefront of electronic fuel injection (EFI) technology for over two decades, and that experience is available to every customer with custom-designed EFI systems, exclusive software and individualized tuning. Whether going rounds in Super Comp or setting records in Pro Nitrous, each customer receives the same quality and workmanship Pat Musi Racing Engines is known for worldwide. For more info, please visit http://www.musiracing.com/. 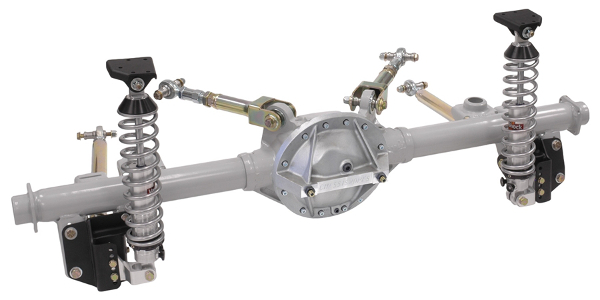