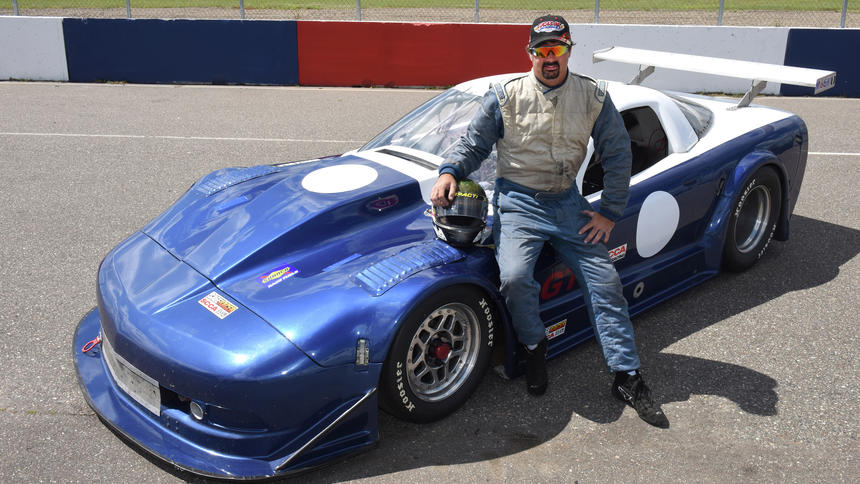 Authorities in Florida say 46-year old Jed Copham, the owner of Brainerd International Raceway, has has passed away as the result of a swiming accident on Sunday. Copam had been swiming from his parent’s boat with his family off the coast of Fort Myers, Florida, when he fell overboard.

Search and rescue teams were called in to find Copham, but were unsuccessful. Authorities says his body wasn’t found until Monday morning. No details of the accident have been released.

“This is a tragic and sad day for Brainerd International Raceway, the entire racing community and the Brainerd Lakes Area, everyone here is still in shock and trying to make sense out of it. Our heartfelt sympathies go out to Jed’s wife, Kristi, his two children, his parents and his extended family.”

Copham was the face of BIR and spared no expense to improve the track, the infrastructure and the entire experience at BIR. Nobody championed motorsports like Jed did. He worked tirelessly to make sure BIR was a safe and challenging place to race, a fun place to watch racing and a welcoming place with many opportunities to try your hand at racing.

A passionate racer and a popular figure at BIR with fans and racers alike, Jed and Kristi bought BIR in 2006, just 10 days before the Lucas Oil NHRA Nationals. During his ownership, Copham’s focus was always to improve the track and safety systems for racers while exposing fans to a variety of exciting motorsports.

His greatest achievement was building a section of track that separated BIR’s road course from the drag strip. The original 3.1-mile, 10-turn road course that was built in 1968 had a mile-long straightaway that was used for drag racing. But the track could only be configured for a single type of racing, either drag racing or road racing. The new section of track created a 2.5-mile, 13-turn road course, allowing BIR to offer drag racing and road racing simultaneously. Fans buy a single ticket and can watch either type of racing or both. The new track, called the Competition Road Course, is nearly certified to host every level of road racing except for Formula One.

Copham also worked hard to improve the Lucas Oil NHRA Nationals in August. One of his primary goals was to get fans to their seats as efficiently as possible. Traditionally, cars lined up for miles on the shoulder of State Hwy 371 as fans waited to get through the front gates and park. A new ticketing system and relocated ticket booths greatly improved traffic flow and kept cars off Hwy 371.

Behind the wheel, Copham was a fearless racer himself. Growing up in Forest Lake, he started drag racing and road racing at BIR in the mid 1990s. As owner, he continued to race in many of the events held at BIR, including Sports Car Club of America (SCCA) races, International Watercross Association races and endurance races. He also held his own against professional racers each year during BIR’s Trans Am Series.